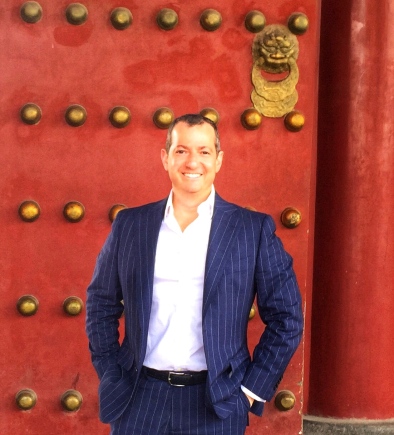 I’m Vice President for Studies at the Carnegie Endowment for International Peace, where I oversee research in Washington, Beijing and New Delhi on a dynamic region encompassing both East Asia and South Asia. I was also the 2019-2020 James R. Schlesinger Distinguished Professor at the Miller Center of Public Affairs at the University of Virginia, where I’m now a Practitioner Senior Fellow. And I’m a senior advisor to Macro Advisory Partners, a global advisory firm. Initially an academic with a PhD in Chinese politics from Stanford University, my work has since spanned government service, think tanks, the private sector, and three regions of Asia—East, Central, and South.

From 2001 to 2009, I served at the U.S. State Department as Deputy Assistant Secretary of State for South Asia (2007-09), Deputy Assistant Secretary of State for Central Asia (2006-07), Member of the Policy Planning Staff with principal responsibility for East Asia and the Pacific (2001-06) under Secretaries of State Colin L. Powell and Condoleezza Rice, and as an advisor on China to Deputy Secretary of State Robert B. Zoellick, with whom I worked closely in the development of the U.S.-China senior dialogue. I received three individual and two group Superior Honors Awards from the State Department.

During the intensive final phase of the U.S.-India civil nuclear initiative from July to October 2008, I co-chaired the coordinating team charged with moving the initiative through the International Atomic Energy Agency Board of Governors and the Nuclear Suppliers Group, and then to Congress, where it became the U.S.-India Nuclear Cooperation Approval and Nonproliferation Enhancement Act. I negotiated agreements with the governments of Kazakhstan and Turkmenistan, and also have extensive policy experience with North and South Korea, Japan, and Australia. During nearly eight years of service in the State Department, I covered the full range of political, security, and economic issues across these three sub-regions of Asia, and, in the South and Central Asia jobs, provided policy support to eight U.S. embassies and four consulates.

Outside of government, I was the founding Vice Chairman of the Paulson Institute at The University of Chicago, established by former U.S. Treasury Secretary and Goldman Sachs chairman and CEO Hank Paulson, and also the Co-Founder of MacroPolo, its digital venture on the Chinese economy. I headed the Asia practice group at the markets consultancy Eurasia Group, working for financial institutions and corporate clients; was Senior Fellow (then Adjunct Senior Fellow) for Asia at the Council on Foreign Relations; taught at Harvard University as Lecturer on Government in the Faculty of Arts and Sciences, and at the U.S. Naval Postgraduate School (1994-95) as Lecturer of National Security Affairs; and was Executive Director of the Asia-Pacific Security Initiative and program chair of the Chinese Security Studies Program at Harvard’s Kennedy School of Government.

I’m author of several books and monographs, including The United States in the New Asia, and China’s Techno-Warriors: National Security and Strategic Competition from the Nuclear to the Information Age, which was selected by Foreign Affairs as a best book of 2003 on the Asia-Pacific (Chinese language edition published in Taiwan as Zhonggong Keji Xianqu). I’ve authored or edited several reports on Asian technology futures, especially on Korea and Taiwan, including The Korean Way With Data. And I’ve published numerous essays  on Asian geopolitics, U.S. strategy in Asia, China, India, Korea, Taiwan, and Central Asia, including in the Financial Times, New York Times, Foreign Affairs, Foreign Policy, The National Interest, International Security, Harvard Business Review, Washington Quarterly, Survival, China Quarterly, Newsweek, and The Atlantic. I’m a former columnist for the Business Standard, India’s leading financial newspaper, for which I wrote the “DC Diary” column, former contributor to New Delhi-based South Asia Monitor, published by India’s Society for Policy Studies, and was a frequent blogger for Asia Unbound.

I’m a member of the advisory board of the Australian American Leadership Dialogue, and a member of the Council on Foreign Relations, the Cosmos Club, and other organizations.

A New York City native, I received an AB in history from the University of Michigan and my AM and PhD in political science from Stanford University, with a dissertation on Chinese technonationalism and social networks in the People’s Liberation Army and China’s military industrial and science systems, directed by John Wilson Lewis and Michel Oksenberg. I’ve received several awards, prizes, and competitive fellowships, including Olin and Belfer postdoctoral fellowships at Harvard University (1997-99), and spent three years as a fellow of Stanford University’s Center for International Security and Cooperation (1994-97). I studied overseas in Tokyo, Beijing, Shanghai, and Taipei.